We, at Bramley Funeral Home in Divernon, have been serving our community and surrounding communities for more than 90 years. Bramley’s was founded in Divernon in 1924 by Chester and Pearl Bramley. Due to the attraction of mining jobs in the area, the funeral home was located in the thriving community of Divernon. Bramley Funeral Home has been family owned and operated for over four generations and has seen changes in both the town and business aspect. 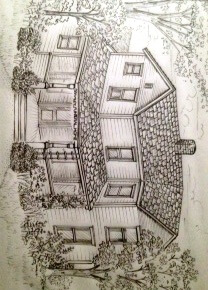 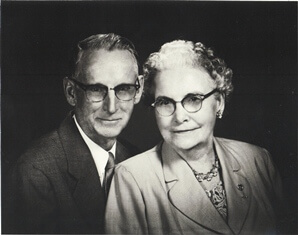 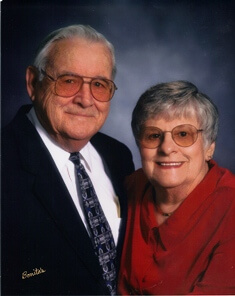 Chester’s son, Charles Robert “Bob” Bramley, later joined his dad at the funeral home and eventually took over the business, where his dad continued working until his 80s. Bob ran the funeral home with the help of his wife, Carolyn, and his children. Along with operating the funeral home, Bob also ran an ambulance service in Divernon.

Bob’s son, Tim, graduated from SIUC in 1979 with an associate’s degree in Mortuary Science. While working for Bisch and Sons Funeral Home in Springfield, Tim helped his father at the funeral home whenever it was needed. In 1991, Tim joined the family business and Bramley Funeral Home expanded, opening a new location in Auburn. Bob and Carolyn continued to help in the business until their passing in 2007 and 2009. Tim’s children, Sarah and Tyler, have joined Bramley Funeral Home as the 4th generation to work in the family business. Both graduated from Carl Sandburg with associate degrees in Mortuary Science. Sarah has worked at the funeral homes since 2004 and Tyler since 2006. 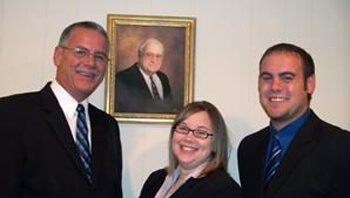 For over 90 years and 4 generations, Bramley Funeral Home has been a household name. Along the way, there have been changes both in the community and funeral business. In 1924, when the funeral home began, Divernon had 3,300 residents and there are currently around only 1,200. The funeral home began at one location, ran out of the same house that Chester and Pearl lived, and has since expanded to two separate locations. When the funeral home was first built, people had visitations in their homes and services at the church. People’s wants and needs have caused a change in the purpose of the buildings to accommodate for not only the visitation but also the funeral service.

A year of daily grief support

Our support in your time of need does not end after the funeral services.  Enter your email below to receive a grief support message from us each day for a year.  You can unsubscribe at any time.